Or perhaps it's not a day for you?

Good thing I don’t have to worry about referring to your part of the day as "good" because only 1 reason is enough for it to be and we have such! Only a few days ago we’ve celebrated 8th of March as the International Women’s Day, cheering for all the merits our beloved ladies have gained through hard work in time. Now this date will remain resembled in our personal history by yet another spectacular event. On the last minute of the 24th hour, we had the front seats taken for the launching of the epic Top 10 Photos February 2018 winners announcement. Memorable it was. I know you might have missed it so I will make sure to get you the spiciest details from that evening and the contest itself.

Before we move to the honourable shout out though. Are you in the mood for a quick game? Call it a gamble if you wish…

Give me the first 3-digit number that crosses your mind. Hold on, hold on. It’s a game where you simply cannot lose. Bear with me a little more. Write that 3-digit number in the comments section below and you can even make it a proper case to share your opinion on the winners. I’ve decided to take the lead and give you my own number. It starts with 2 and ends with 28.

Well, to find out what this “quick game” is all about and to learn more about the star night with the selection of the winners for top 10 photos of February 2018, please keep reading further!

February was short in days. Time was definitely a valuable asset, Natalia Polomina made it on time for the competition. On the star night, she proudly stepped on the 10th place’ pedestal. She joined with a portrait photo of her daughter with the name “Tina”, which by the way strongly reminds us of Pippi Longstocking. What do you think? 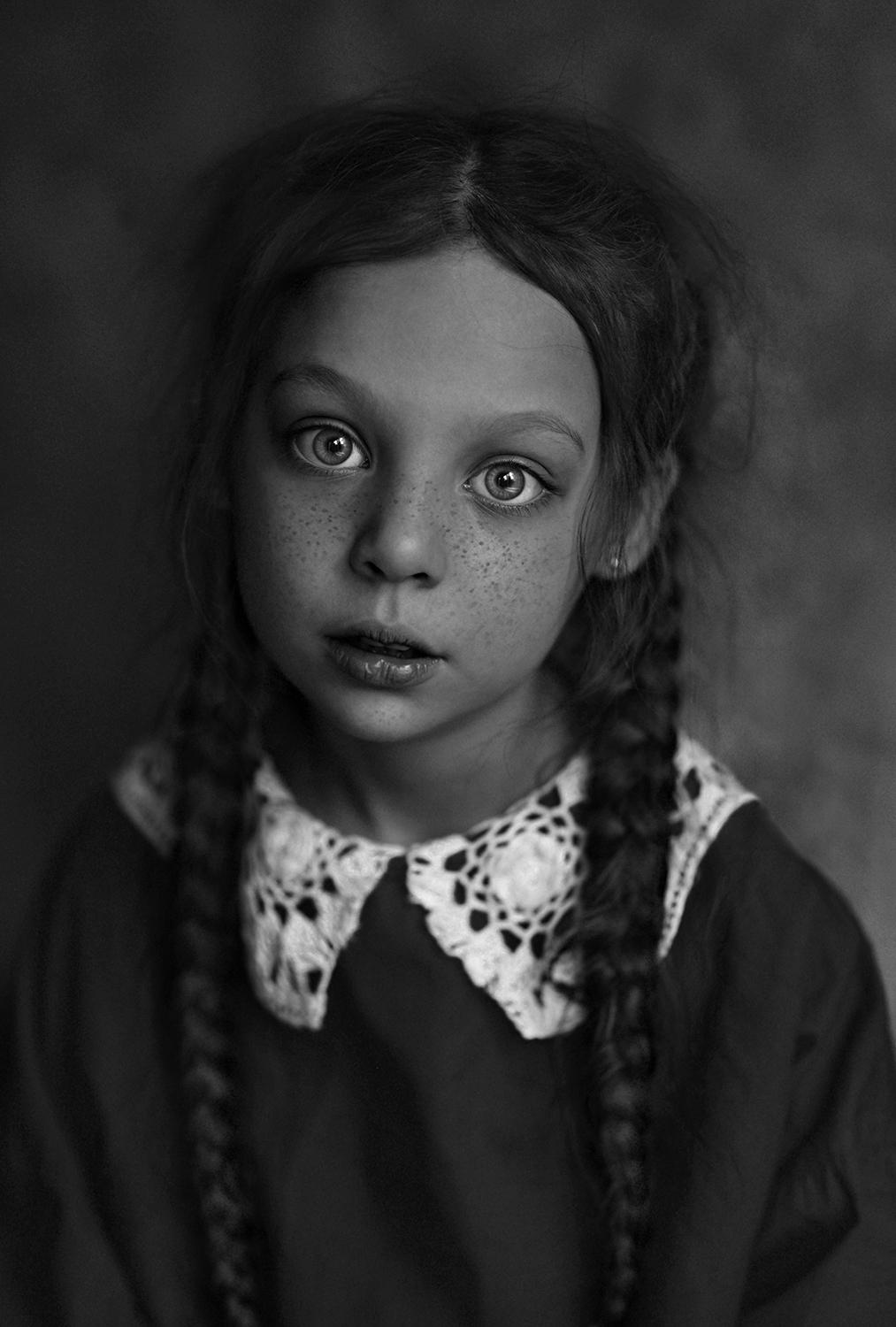 On the 9th place is a man from Pakistan, bearing the surname of the descendants of Abu Bakr, the senior companion of the Islamic prophet Muhammad and the first name of the prophet itself – Muhammad Humza Siddiqui. He took a photo of 5 balloons, made of latex, filled with water and then popped.

Thinking of it – who doesn't like popping water balloons? Kids love to throw them at each other in the summer days and ever grown-ups do it on parties or vacations. It would be interesting to find out how many of the people who rated this media would love to throw a water balloon at a friend.

Did you know that some Asiatic languages used colour words to refer to the cardinal directions? For instance, Red Sea is interchangeable with Southern Sea, just like the Black Sea might stand for Northern Sea.

I am telling you that because Tom Shlesinger from Israel took a photo of a blue puffer fish and a Crinoid. He employed this image in our contest from a project that documents the nightlife of the inhabitants of the coral reefs in the Red Sea and got the 8th place.

Bonus fact: The Crinoids are called “Sea Lily” and can be found in shallow waters or in depths as great as 9,000 metres. 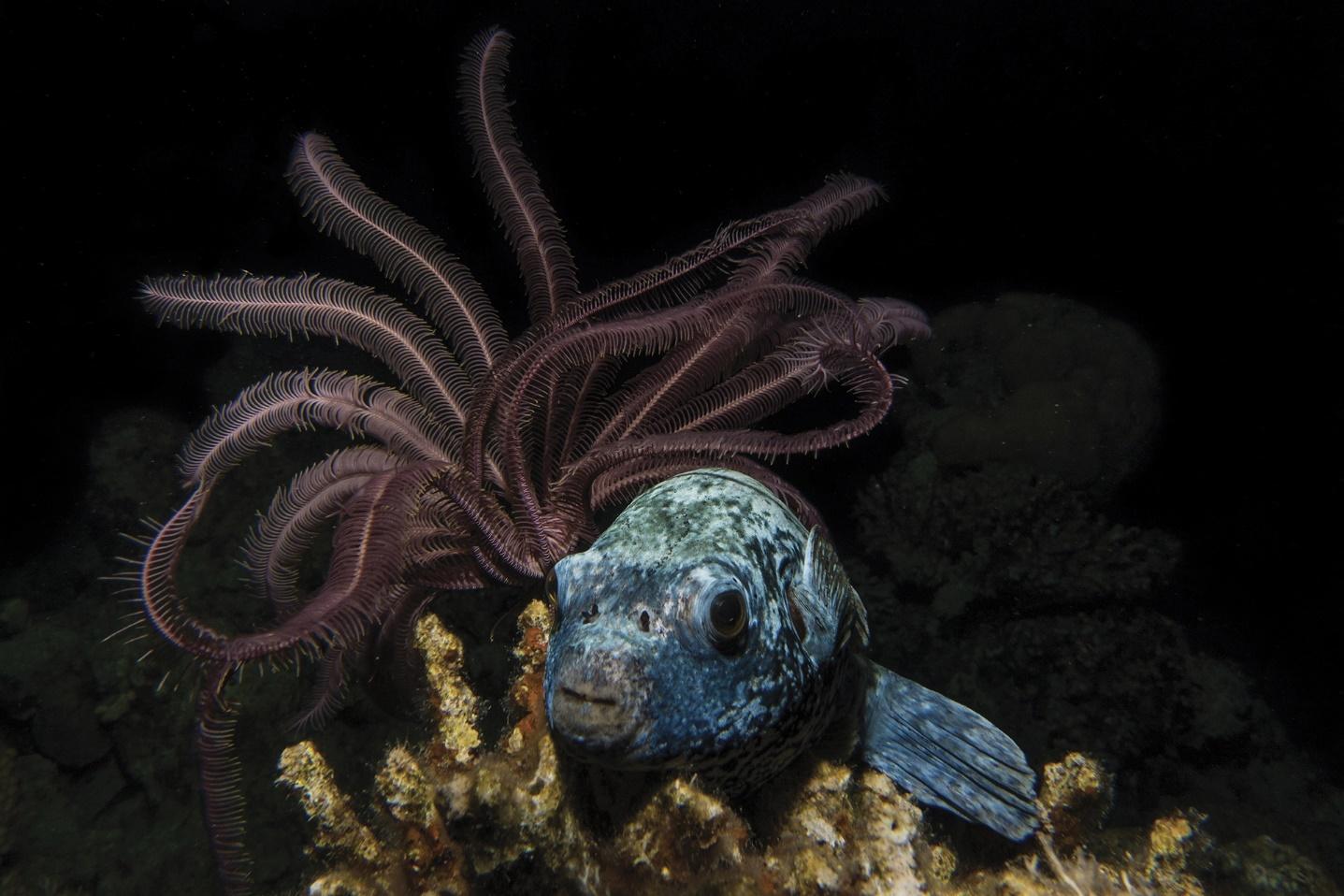 Red Sea player back into the game and with yet another conquest with the 7th place’ prize. It’s Tom Shlesinger again on your screen, guys, who took our breath with his underwater photography not once, but twice. You’re looking at a colourful fish passage reminding of the one we’ve all had as kids on the photo walls in our rooms. Or at least I did. 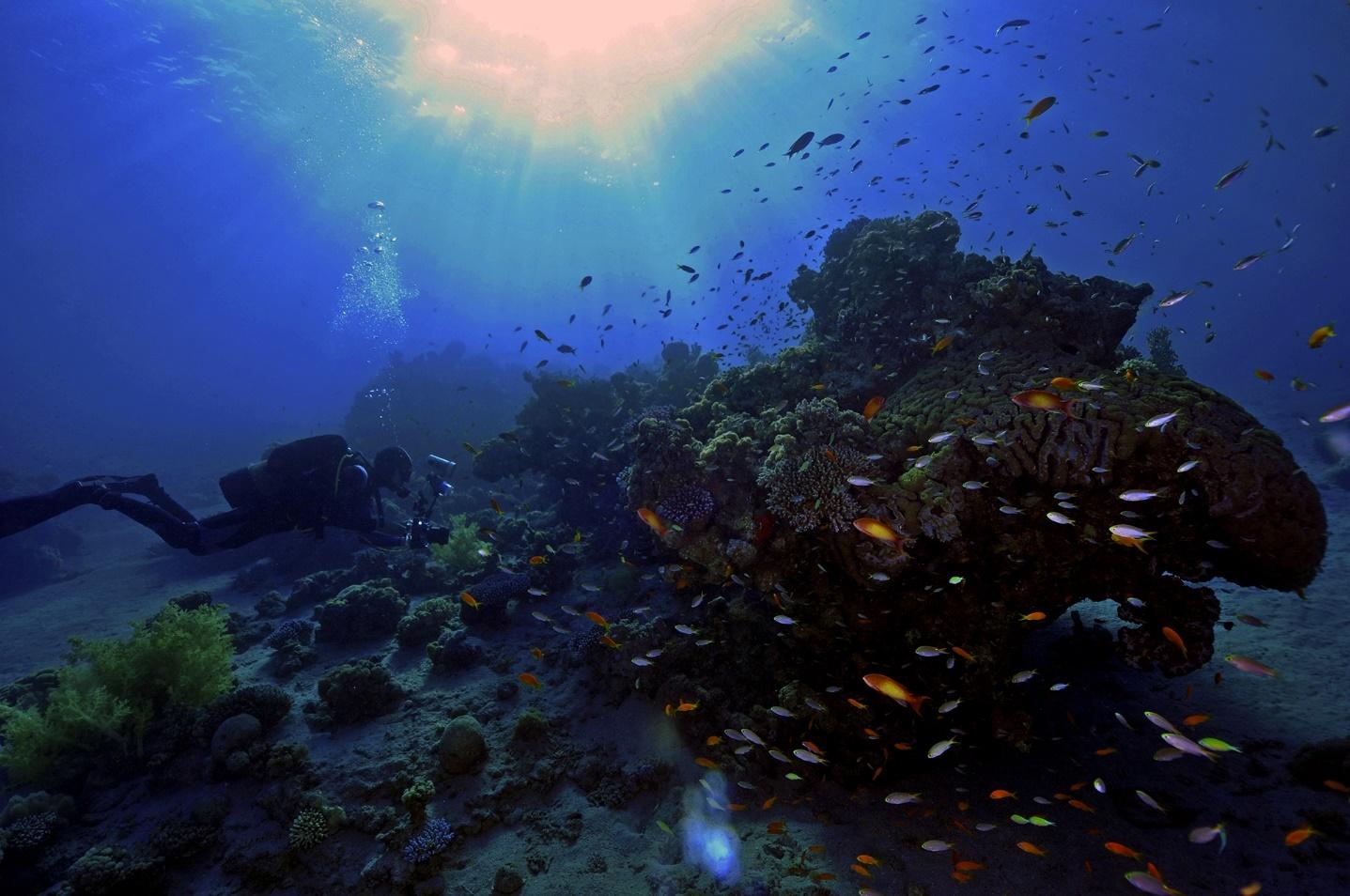 Trick AND treat, if you ask me. But if you ask Natalia Polomina it would be a dog and a child enjoying each other’s presence. And can anything be more sacred than that?

Hint: Yes, you’ve already seen this name. Congratulate the 6th place and hail Russia, ‘cause it is on fire! (Not literally) 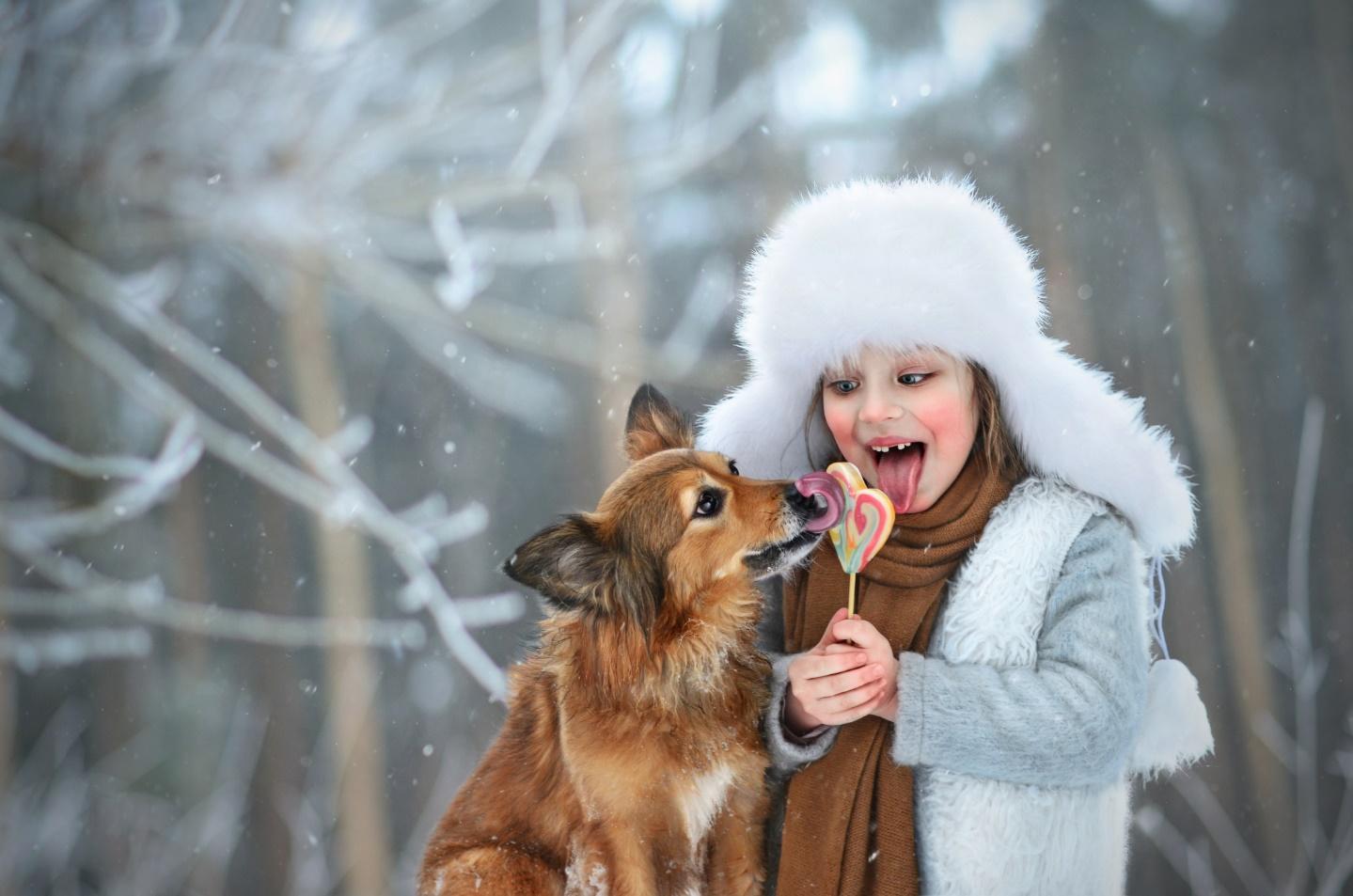 It was about time to take a peek at a macro photography. The star night couldn’t have gone without one. Azim Khan Ronnie didn’t leave us sad and bloom. Instead, he visited the botanical garden in Dhaka, Bangladesh and captured a blue bottle fly playing with a little bubble (maybe even building a friendship with it). Azim used a macro lens with a ring flash for this shot.

Interesting fact: Ever since the 10th place, participants only from Asia and Europe are racing for the gold. 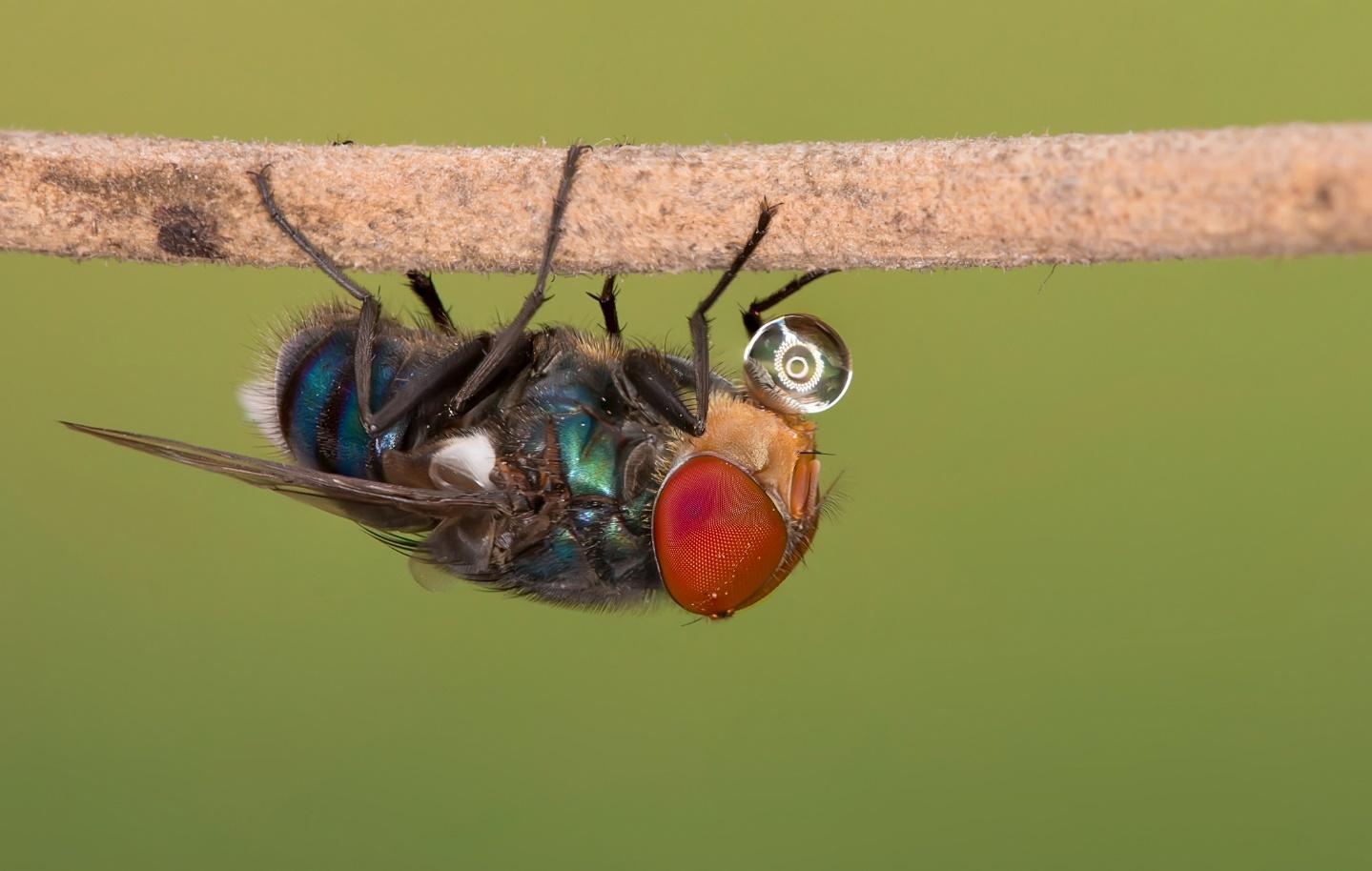 As we’ve mentioned, 8th of March is going to stay in our personal history, but we won't miss giving something special to our ladies reading this article. Ladies, we love and cherish you. Thank you for being strong and independent human beings! Csaba Harai photographed his favourite yellow flower, which we will dedicate to you.

Congratulations on the right choice, Csaba! You are most welcome in the 4th place! 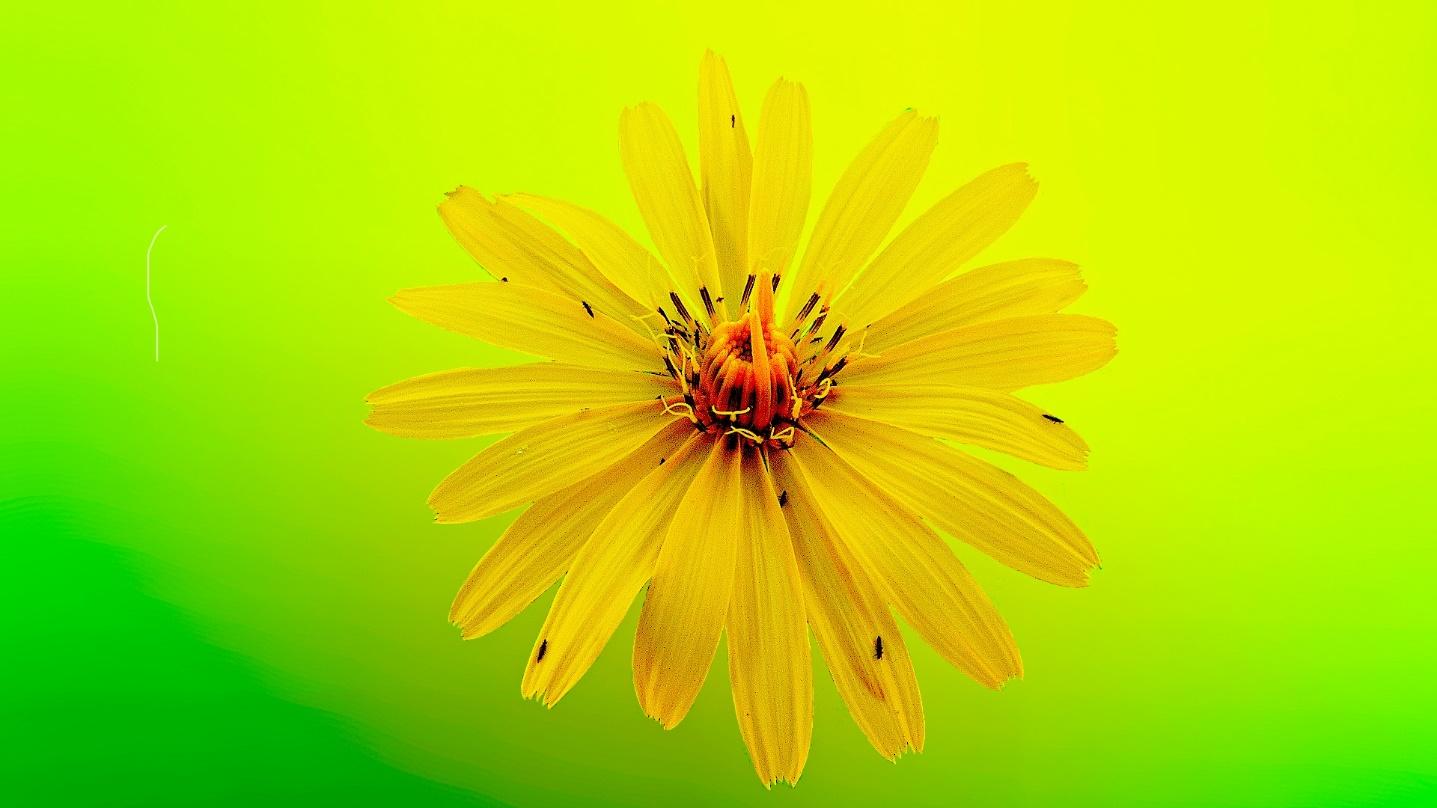 So far, so good. Prizes varying from 35 to 5 WINGS were given to the above-mentioned winners. However, it is time for the top squad.

Nature is majestic and sometimes even scary. Us, humans, are long-ago detached from the surviving day-to-day phase. Animals have to fight their way to stay on top of the chain. This was framed in a photo by Nikolay Nikolov from Bulgaria. Two buzzards are showing off to each other trying to scare one another. 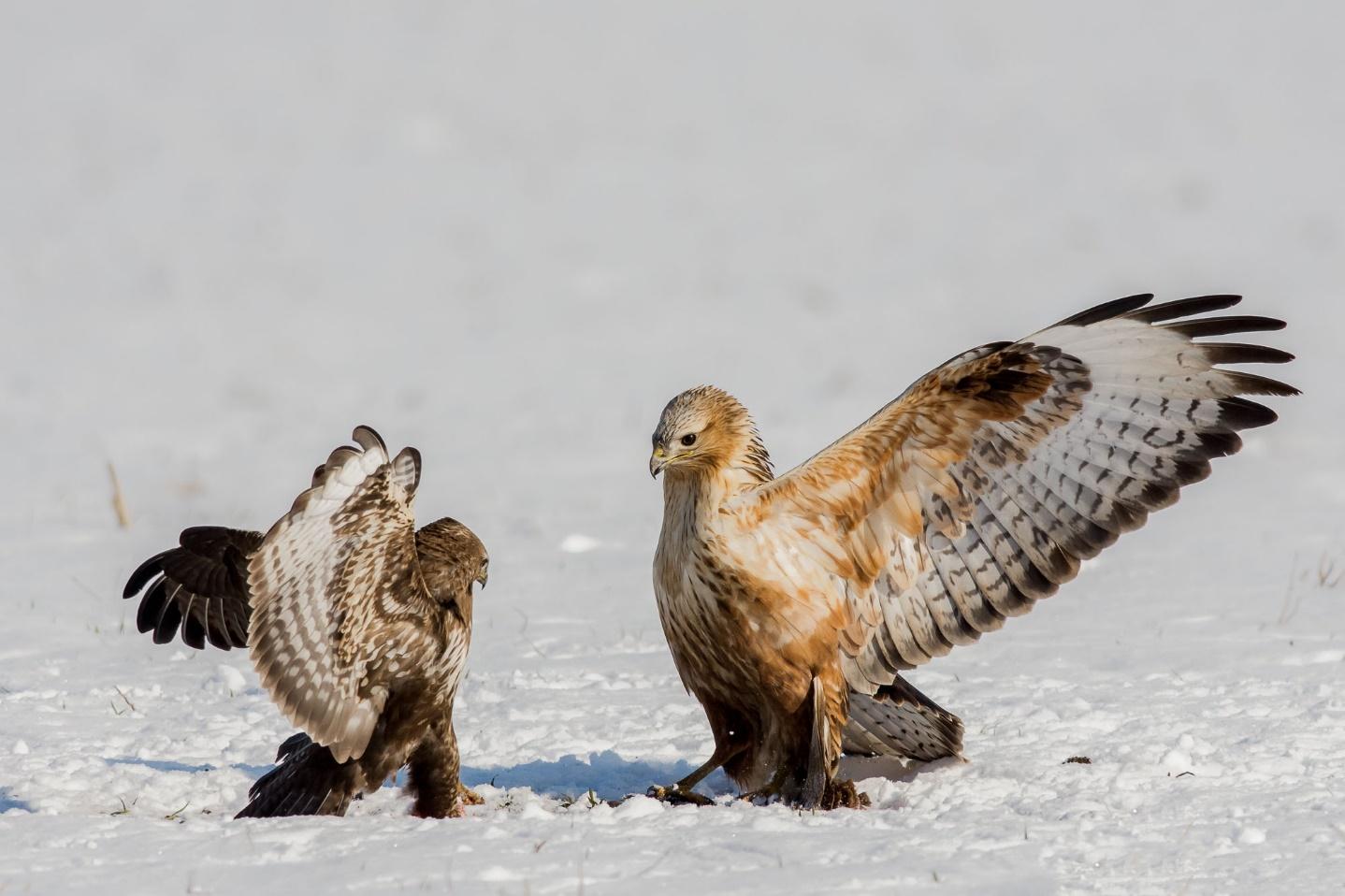 If you’re a regular follower of our competitions and a vivid reader of our articles, then you must know the name of the photographer behind the next media. Check it out and try to guess who he is. 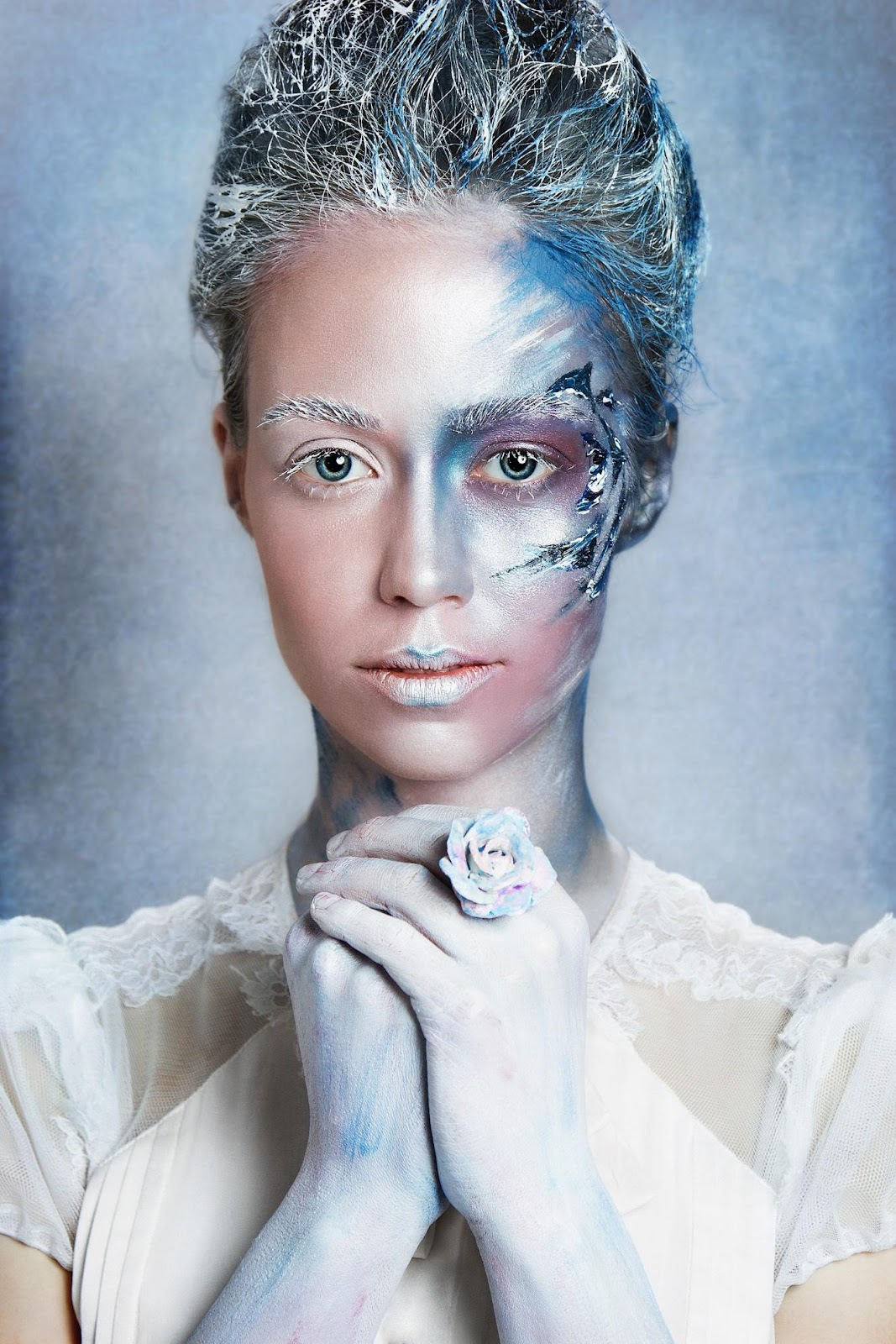 Abstract thought. Playing with the colours. Russia. Get it?

Ivan Kovalev. And a photo by him for the last month of the winter, where everything starts to melt down and even frozen hearts have the chance to be warmed.

Morning. Sunrise. A bird here and a bird there, and you have yourself a flock flying over something pretty much looking like a prairie if it wasn't for the greens. Tanvir Akash left a little something for us on Voubs and got himself the ultimate 1st place and the top prize in return.

Amazing scenery. I feel like from a scene from a movie between the ones with Clint Eastwood and Interstellar with the corn yards. 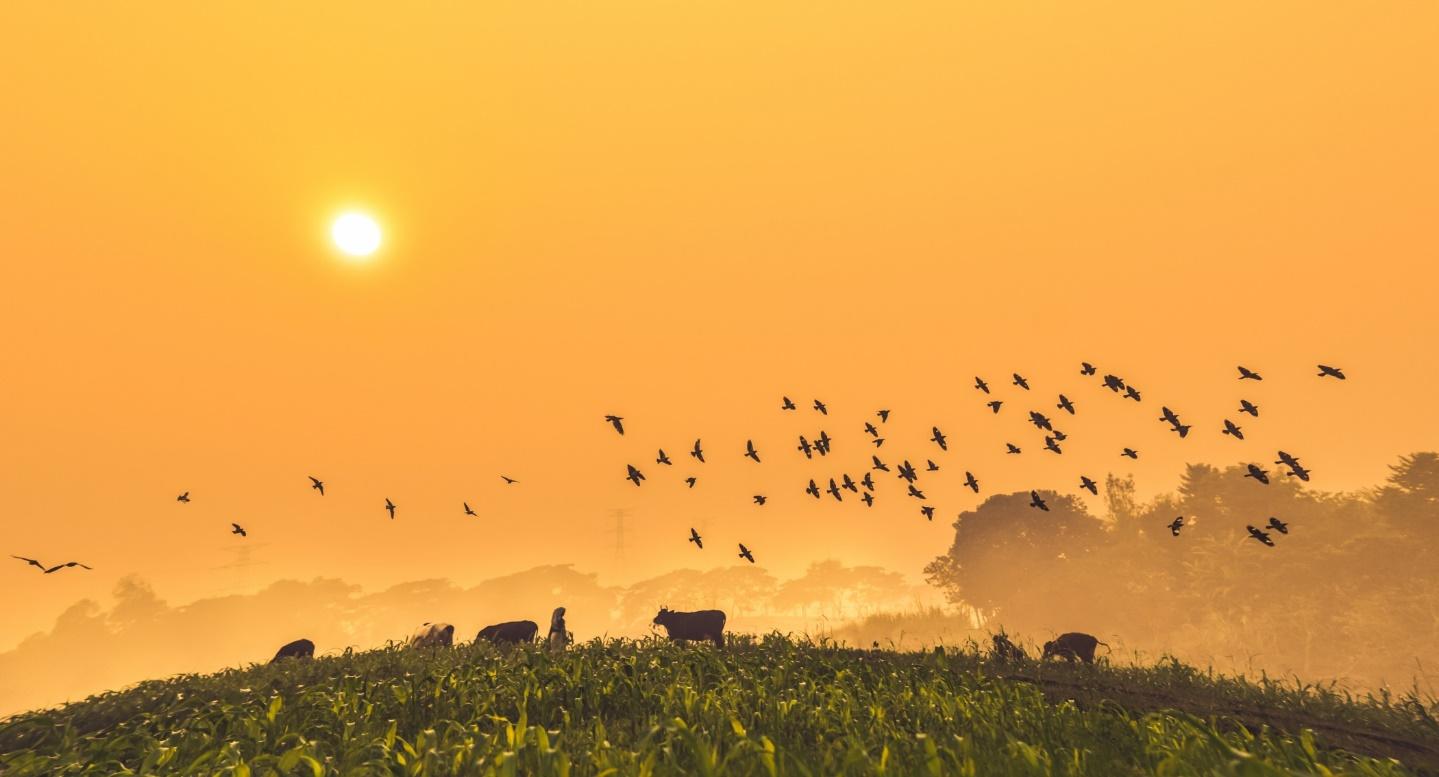 If you’ve made it until the end, then you deserve a reward! I am going to tell you what did I mean by asking you to write down a number for me in the comments.

But if you are more eager to review the rest of the Top 10 Photos February 2018 competitors, then check out the full ranking list.

Now about those 3 digits. I've already told you my number is 228, which is the exact same number as the number of entries we have held on this February contest. Your number, however, I need for the total number of March's competition entries. Whoever gets the closest guess will receive an ultimate shout-out to our social media accounts!

Enter yourself in the March competition and be part of that number!